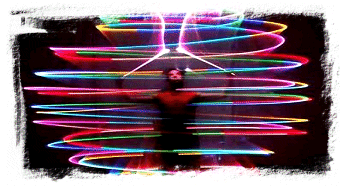 The busker performing a puppet show is a wonder to behold. An ancient art, various forms of puppets existed well over 3000 years ago. The most famous modern marionette is the Italian story of Pinocchio, a little wooden boy who longed to become real.

True puppeteering requires hundreds of hours practice to perfect the craft. The buskers must actually be performers, storytellers, technicians, and even artists. They must be actors creating reality on stage. As storytellers, they must get the audience involved in the show. They have to perform technical movements with their puppets. They may also make their own puppets. A sense of humor and love of fun, thrown in with their other talents, contribute to the fun and entertainment found that are basic elements of puppet shows.

The main difference between Indian and Far Eastern puppetry is found in the play itself. The Chinese puppet plays portrayed the history and folklore of the people with classic tales about emperors, heroes, enemies, battles, women and lovers. Indian puppet plays carry with them the theme of religion and it's figureheads portrayed in famous scenes in various beliefs and faiths.

Turkish puppeteers were creative with puppet movements. Turkish puppets operated by rods that attached perpendicularly to a hole in the top of their bodies, enabling puppets to bend over and do somersaults. Although puppets could not turn around during a play, rods attached to either side enabled the puppet to face right or left.

The variety of buskers puppeteering is extensive. A whole village in the former Yugoslavia is dedicated to the tradition of making and performing marionettes. When you see a busker in Europe performing with their marionette, chances are they're from this village.

This should open your mind to the wonders of puppetry and help you appreciate the art, history and creativity behind the next busker's puppet show you see.