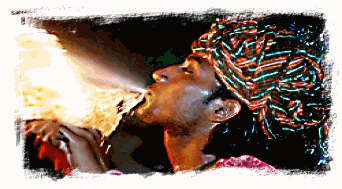 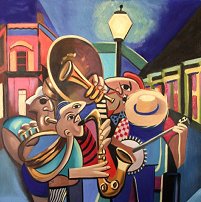 Musicians are the most popular busker worldwide. From hammered dulcimers and didgeridoos through singing wine glasses and one man bands, this performer faces the most challenging task of entertaining.

Many a busker has become famous over the years. Jimmy Buffett made his public debut singing on Bourbon Street during the late '60s. The bluesman Blind Lemmon Jefferson worked the streets and became very famous. Rick Roberts of Firefall was a street musician as well as Judy Collins and Tracy Chapman. Even a poor college student drop-out who changed his name to Bob Dylan probably started off as a street musician in Greenwich Village. A generation before included such greats as Robert Johnson and Woody Guthrie.

From Hawaii to Istanbul, string quartets, sax players, and guitarists are busy performing their talents as they take their music outside into the real world. The sitarist in New Delhi plays a tune as the steel drummer bangs out a rhythm in Amsterdam. From Boulder to Berlin, street musicians may literally cover the globe in their quest for "the perfect pitch". In a quiet corner of the world, even the musical saw can create a pleasing although erie music.

Playing everything from major shopping streets to arts and crafts fairs, we find the musician entertaining both tourists and natives alike. You hear them in subways, train stations, and even airports and cablecars. Some scour the beach for tourists that would like to hear songs. One busker even lived high atop a mountain in a hotel that enjoyed a constant stream of tourists.

Musicians also have the added benefit of making their talents available on tapes and cd's. These make great gifts and one never knows. That same busker may one day turn out to be tomorrow's superstar. 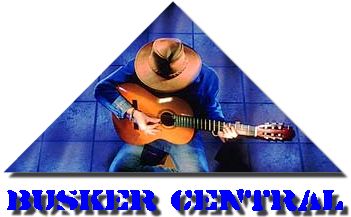